I guess visiting a city for 24 hours has become a habit of mine, because here is the second installment of what has become “24 Hours in the City!” This blog series is comprised of me visiting a city for one day and doing everything I possibly can within that timeframe and documenting my experiences! My first post was from a quick trip to Chicago, and now I’m sharing my journey to the City of Angels!

I just returned from what I think is my favorite vacay EVER. Spending a week exploring California with the people I love; what could go wrong? Well, a lot of things ALMOST did. My boyfriend, Mark, and I began our trek to the Chicago airport at 6:30am on Saturday. Which Chicago airport you ask? Well we were en route to O’Hare when I remember that we needed to be heading to Midway. No big deal though, we made space in our morning schedule for something like this. When Mark and I were almost to Midway, I double checked the ticket to find that our flight was indeed out of O’HARE! UGH, I guess that’s what a week of exams and projects right before spring break does to your brain.

Alright so now we’re cutting it a little close on time. We turn around, eventually make it to O’Hare, and Mark drops me off at the airport while he parks the car (our return flight was to Midway, which resulted in a 2am Uber ride to pick up the car at O’Hare… bad planning on my part I know!) I run over to the Virgin America desk to retrieve our boarding passes and check my bag. I was then notified that my bag was 16 POUNDS over the 50 pound weight limit. Eek… I knew I packed a lot of clothes but I thought I had narrowed it down a lot! So I pull out my packed beach bag to create a makeshift carry-on and start shoving as many sweatshirts and jeans as it could hold. At this point, the doors to our plane were closing in 15 minutes and of course the security line was at least an hour long. Luckily, the NICEST lady from Virgin America let my bag go a few pounds over the limit and helped Mark (who returned from parking the car just in time!) and I get to the front of the security line. After getting our bags searched from leaving our computers in them (oops) we race over to our gate and make it just in time!

A few short hours later, we’re at LAX and ready to begin our day of sightseeing! First stop: 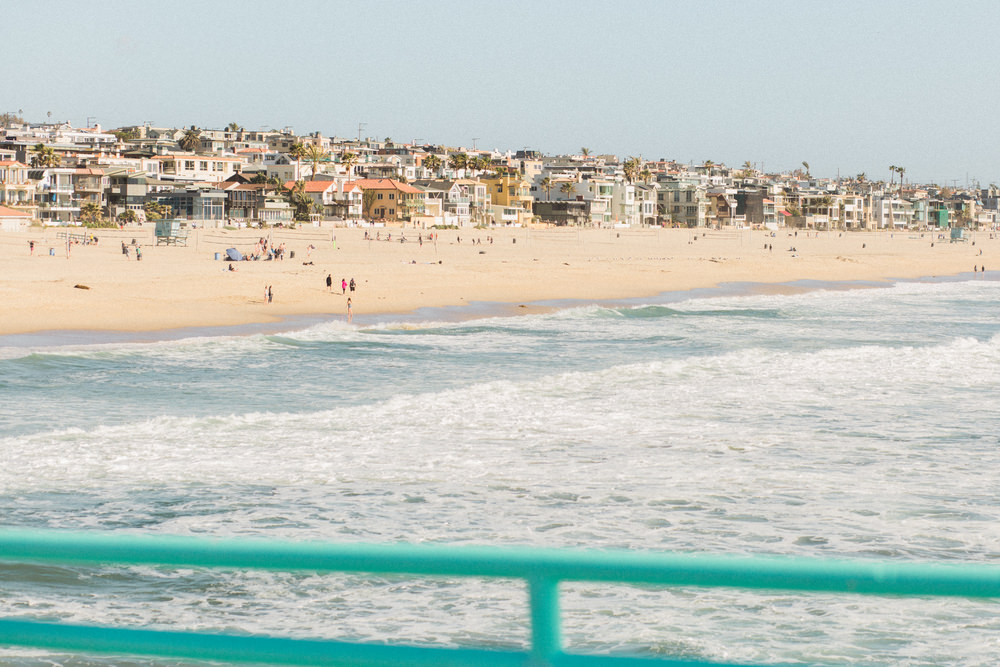 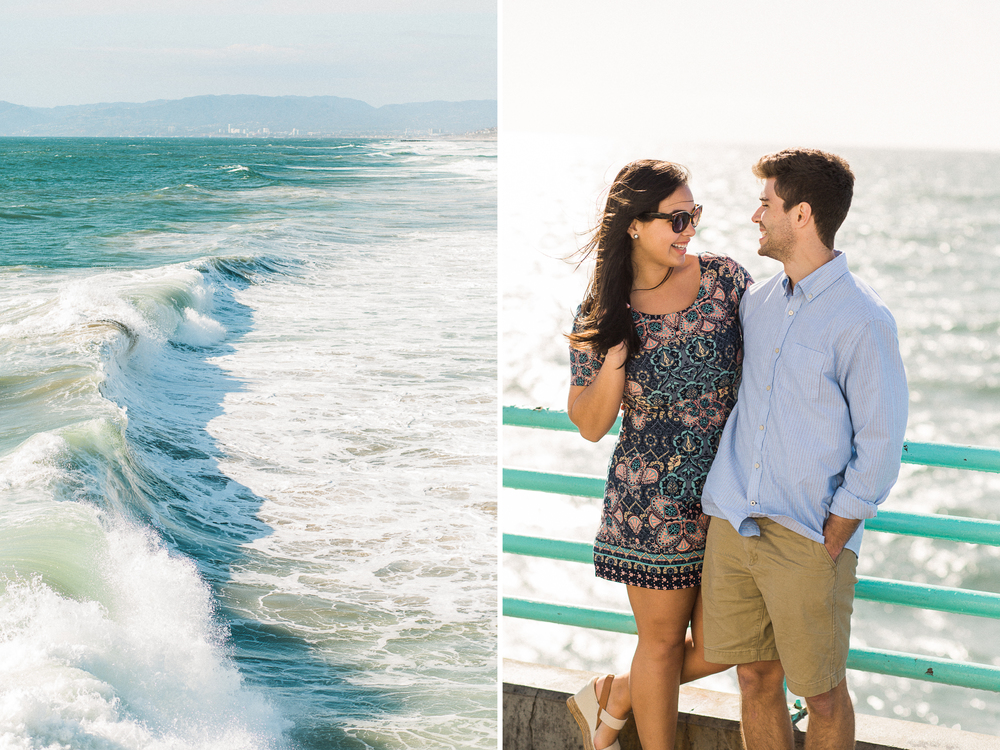 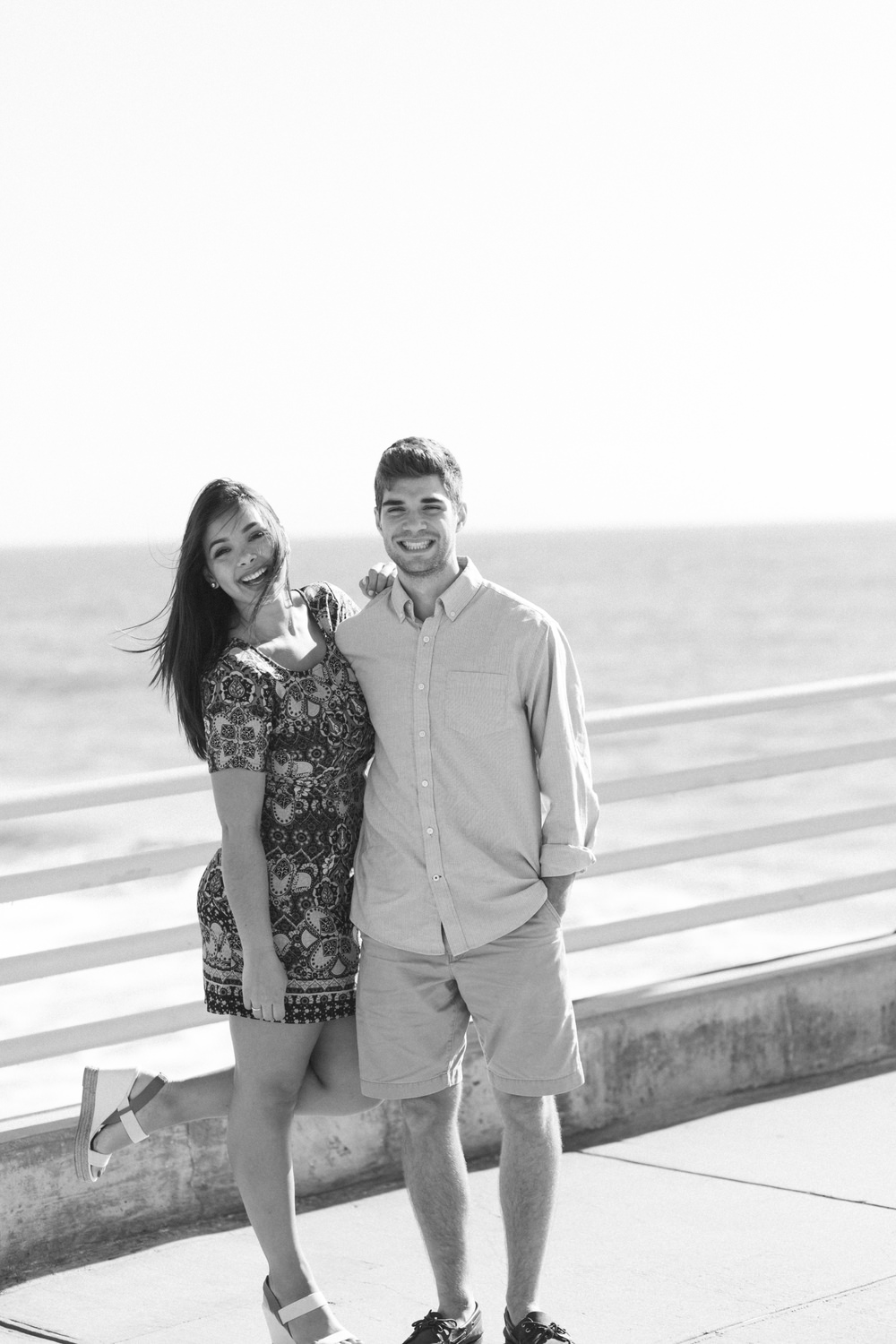 Our stop at the Manhattan Beach pier was brief, but I already fell in love with it and knew I needed to go back someday. It was a windy afternoon, but after another cold and dark Indiana winter, Mark and I were just happy to see the sun. Our next stop was 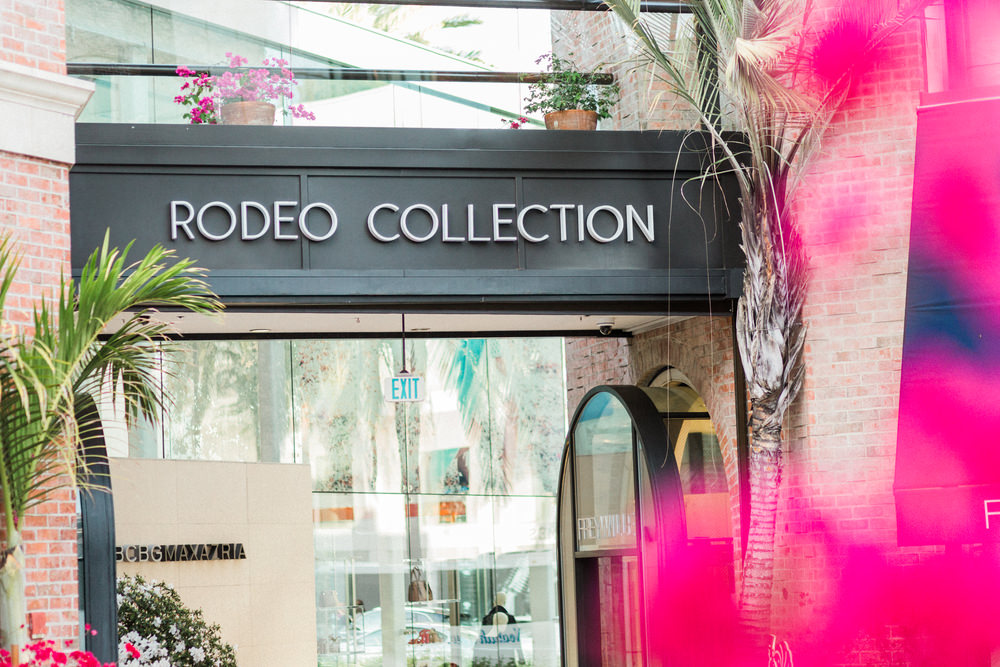 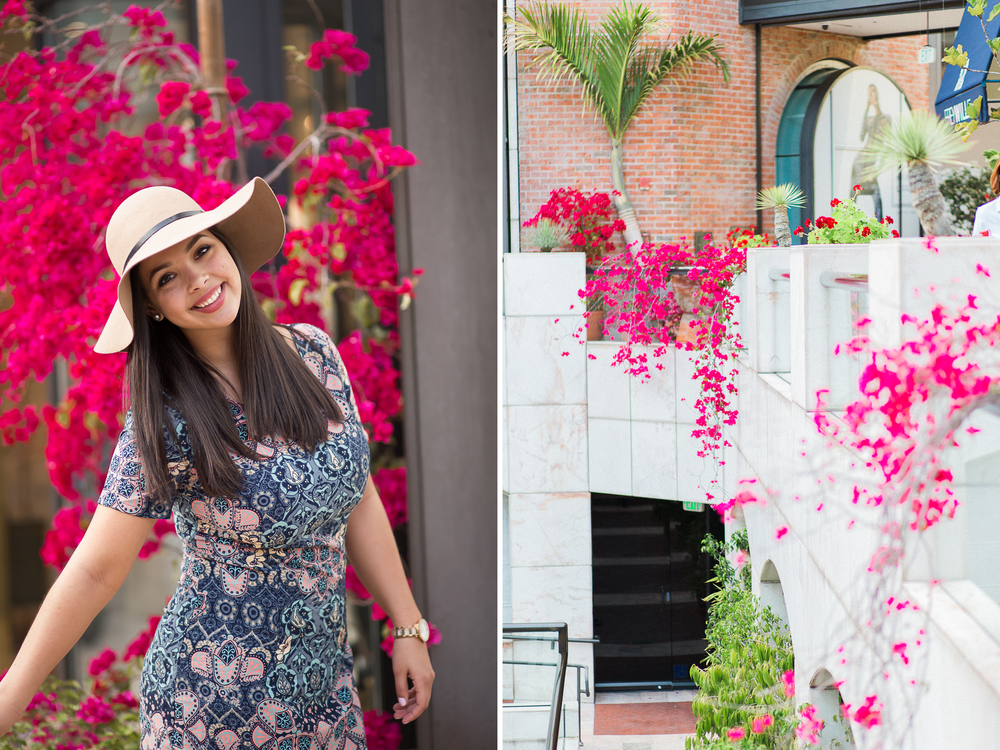 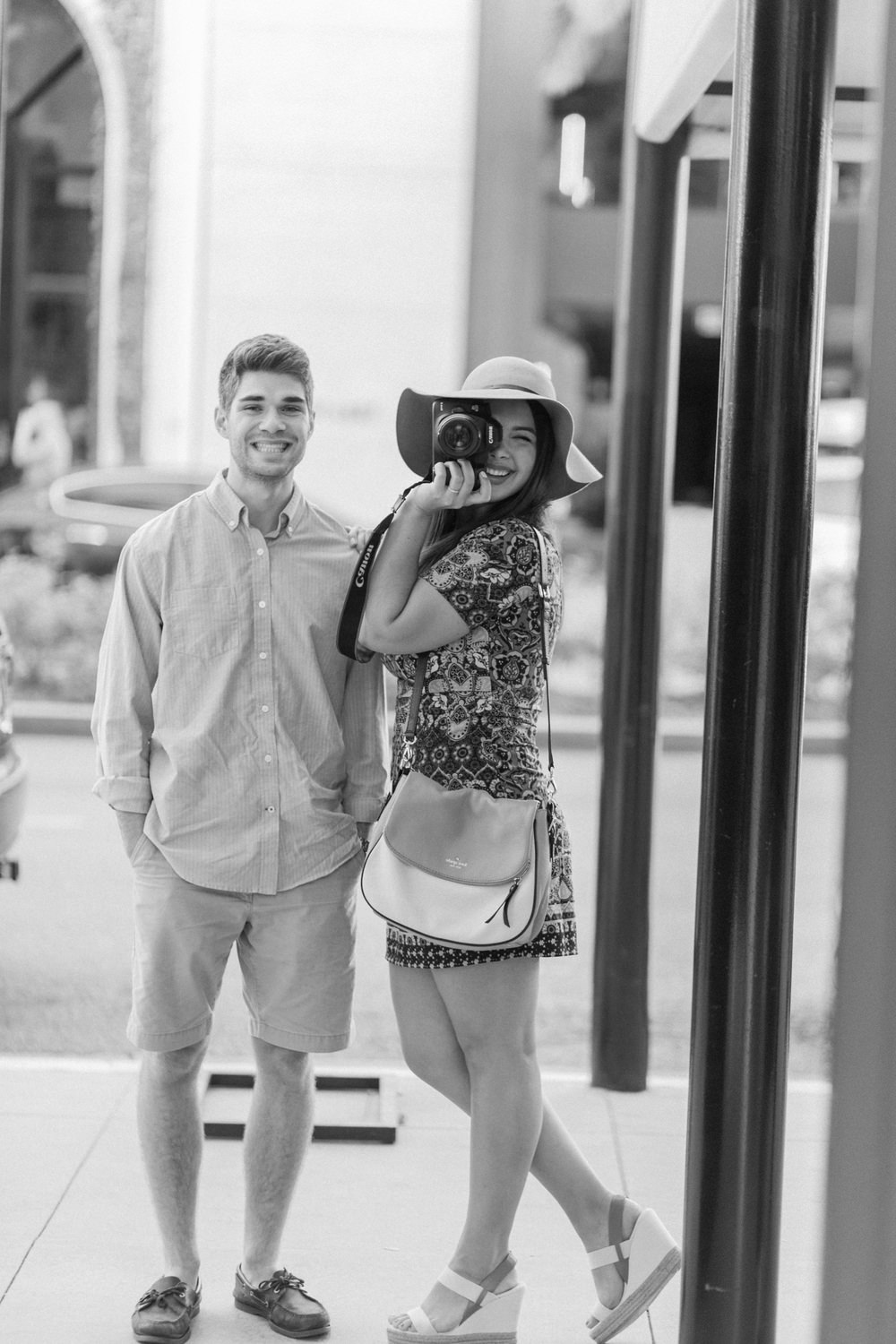 Mark, our friend Andrew, and I roamed around Rodeo Drive for a bit and took in all of it’s elegance. I’ll have to admit that I didn’t venture into any of the designer stores; it was just fun people watching and taking pictures!

Walking past Lamborghinis and Chanel…it’s casual. 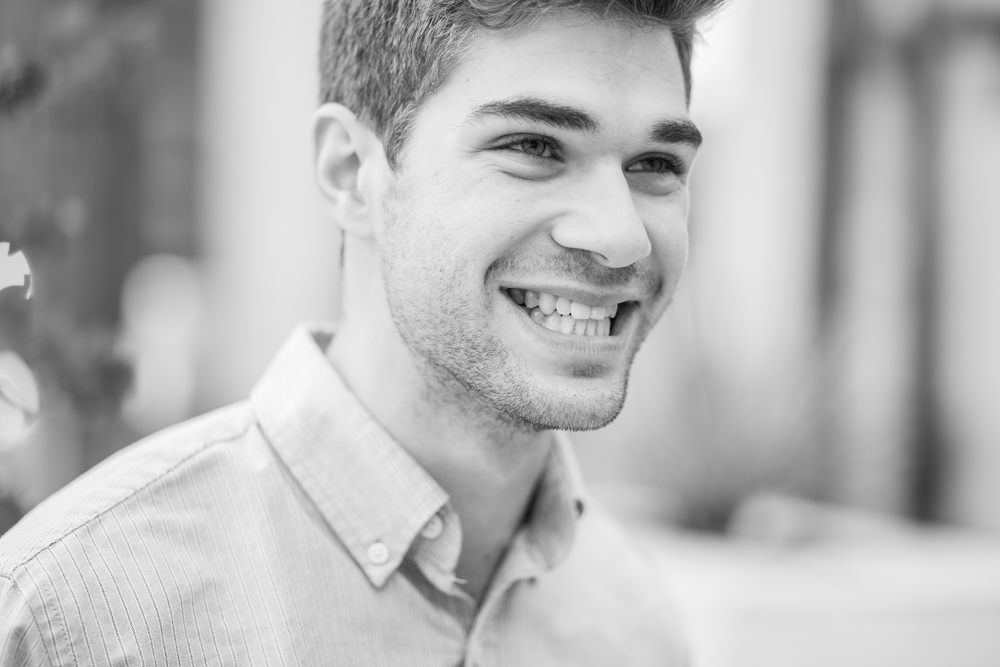 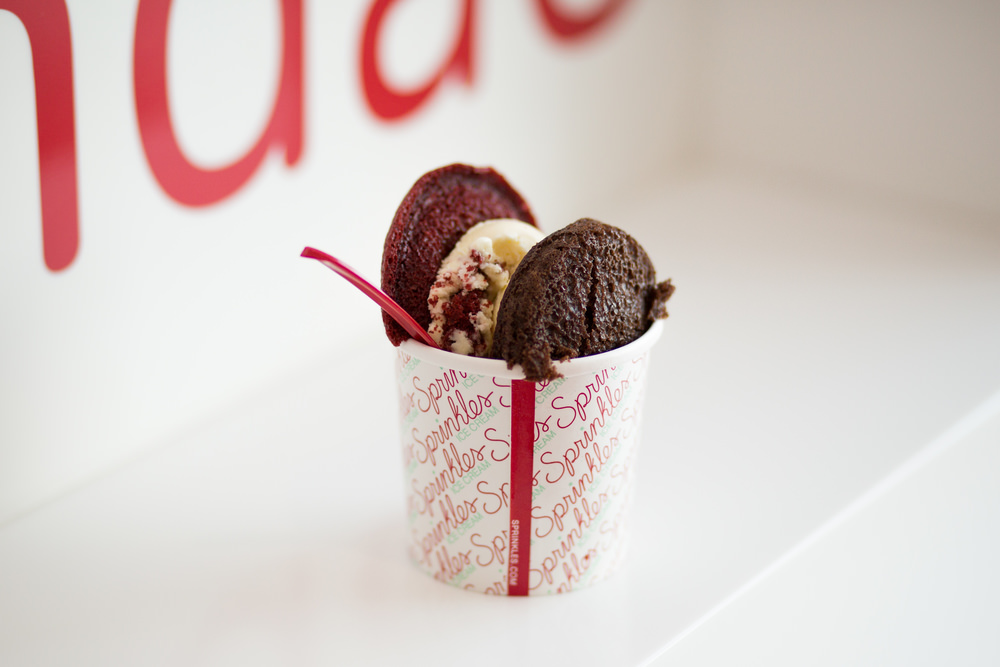 We also had to stop by Sprinkles Ice Cream. You’re looking at red velvet and chocolate cupcake tops with red velvet ice cream smushed in the middle. Yes – it was amazing! 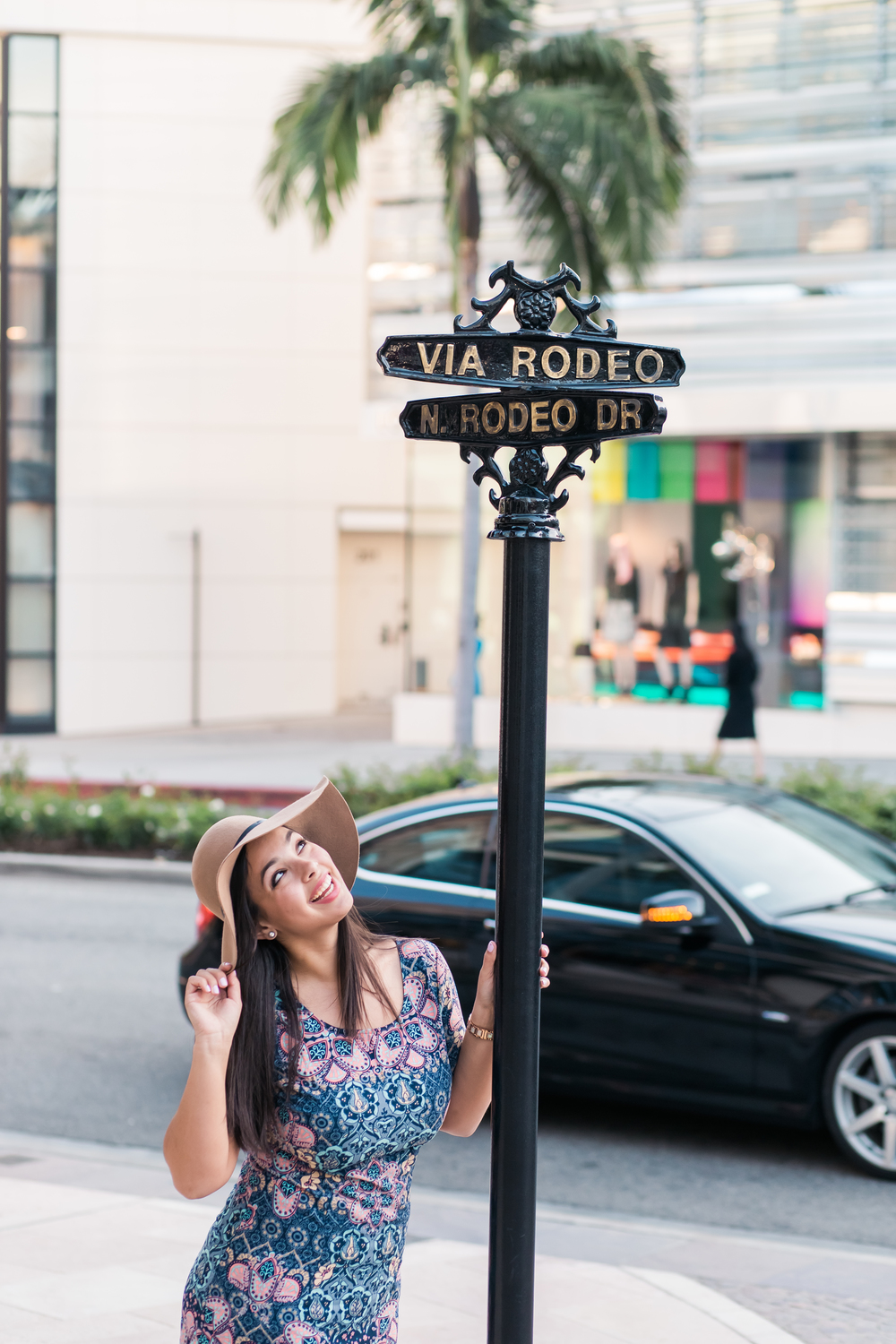 Of course I needed a picture with the Rodeo Drive sign!

After strolling around and doing touristy things, Mark and I headed to PUMP for our dinner reservation. PUMP is one of Lisa Vanderpump’s (from Real Housewives of Beverly Hills!) restaurants. I’ve been watching the show for years, so you can imagine my excitement when she rolled up to the restaurant with her husband Ken and their dogs in tow! She walked right past my table and said HELLO to me in her charming British accent. MAJOR fangirl moment. Here’s a few iPhone pics from our dinner including a shot of Ken and Giggy! 🙂 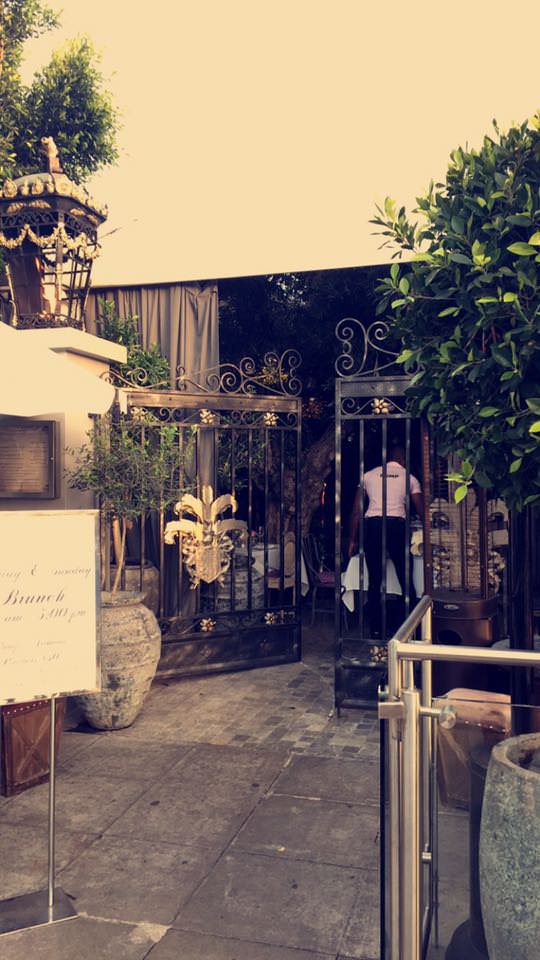 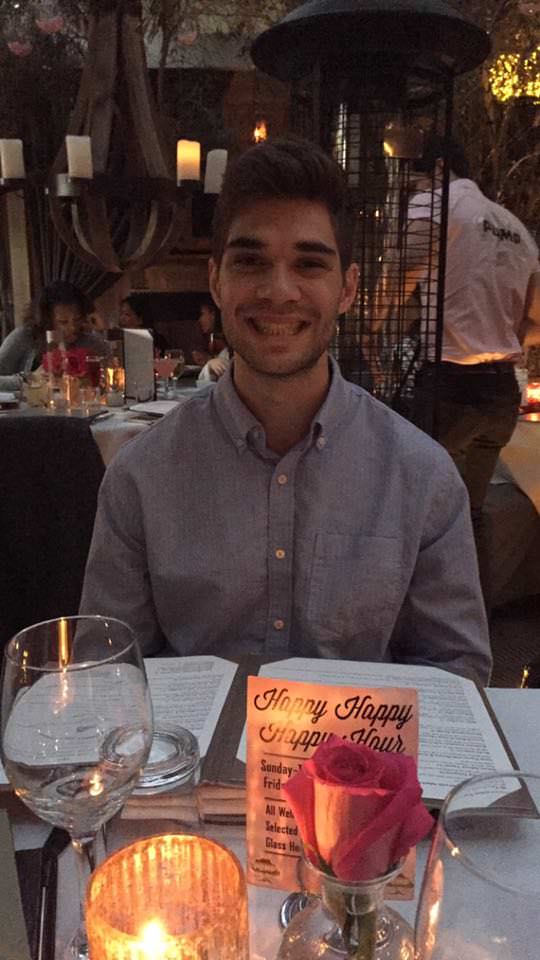 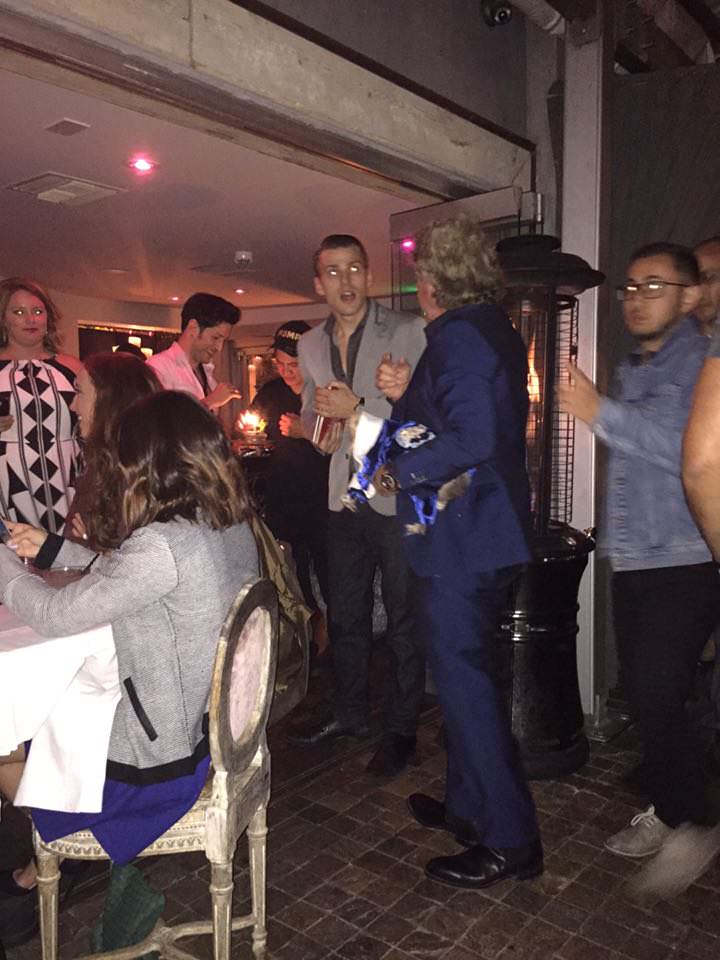 That concludes the first half of our LA adventures! The next morning, Mark and I headed to Santa Monica to spend the afternoon shopping, walking around, and hanging out on the beach. Here are some of my favorite shots: 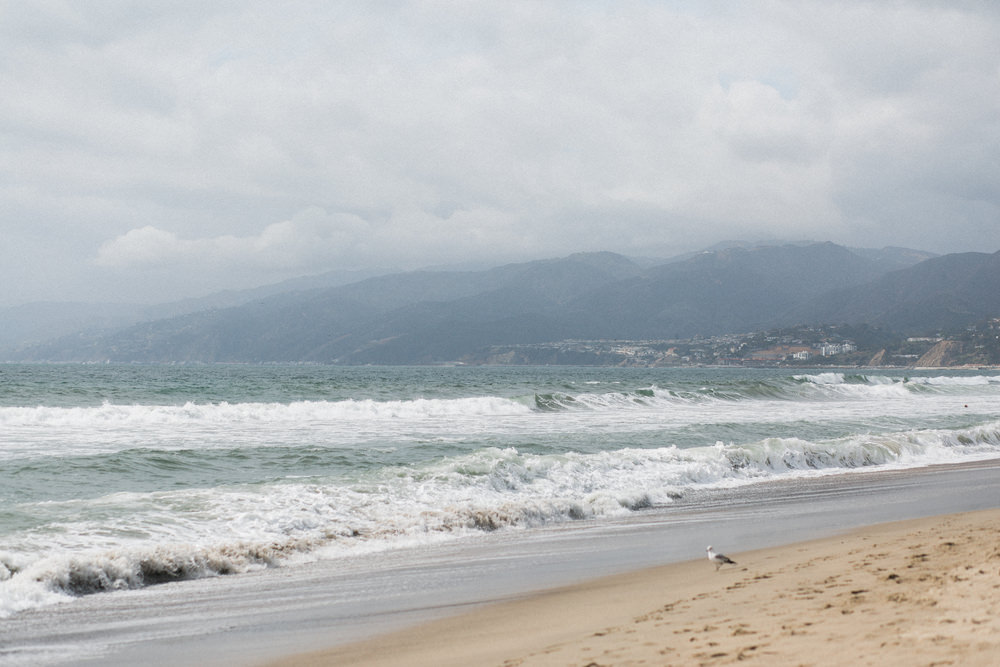 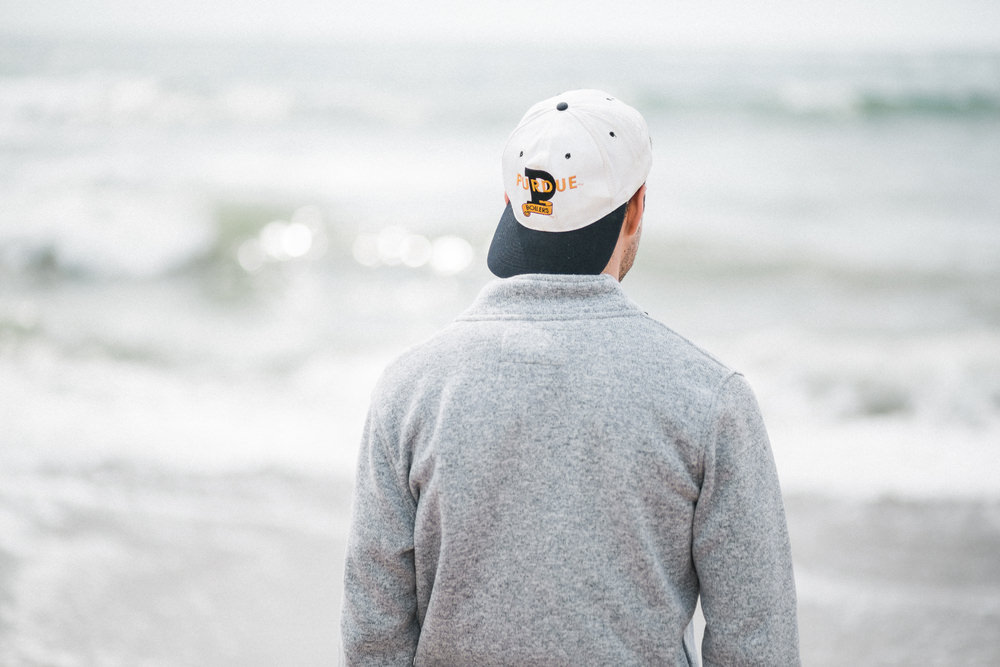 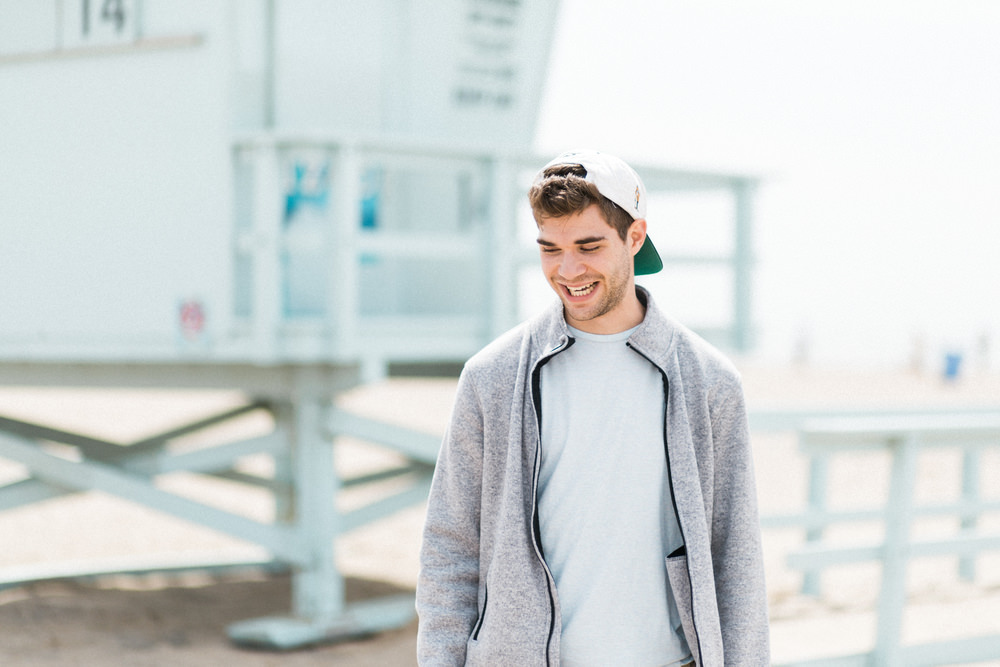 Of course when you see a bunch of seagulls sitting around, you have to chase them! 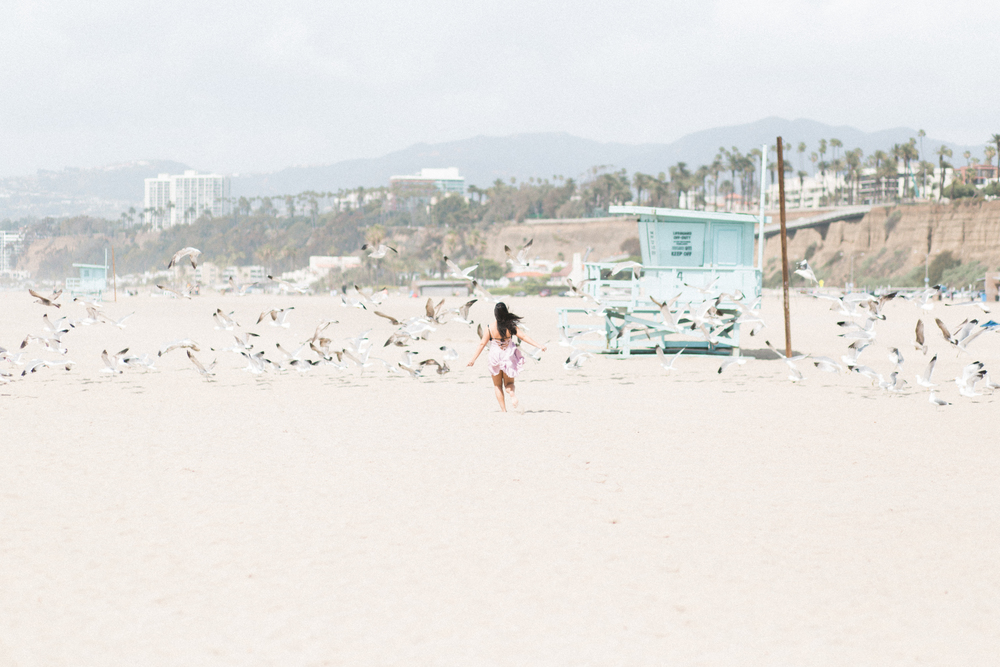 Mark has been to Florida and other southern destinations along the Atlantic many times, so he was quite shocked when he first dipped his toes into the chilly Pacific Ocean! Haha I love these shots! 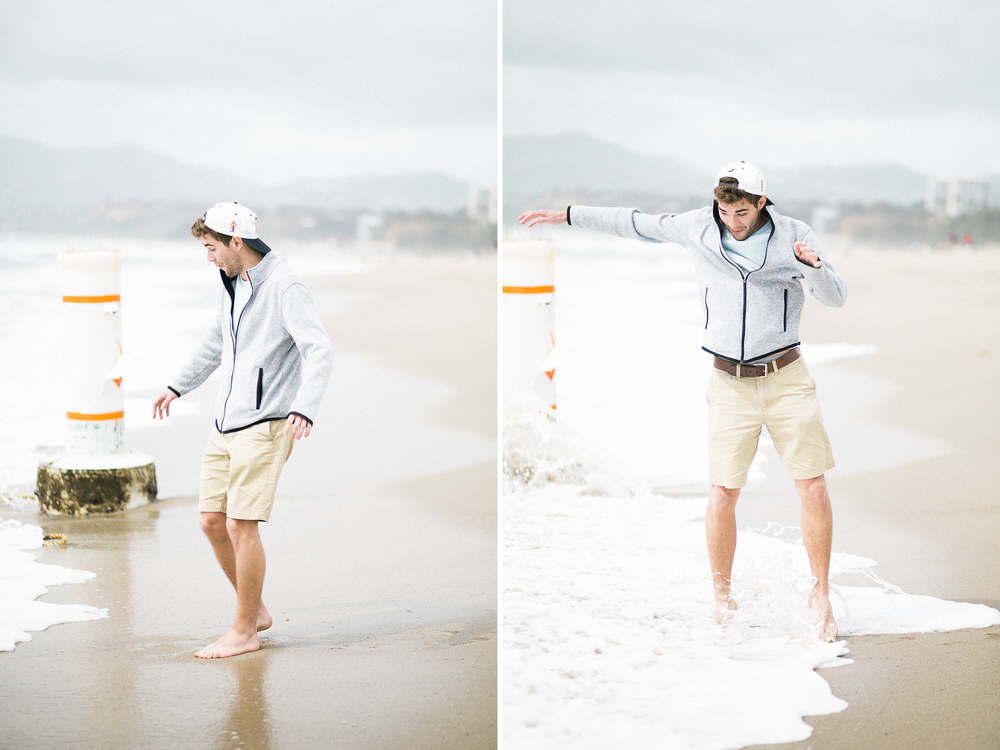 After the beach, Mark and I headed to the LA Union Station to catch our train to San Diego (That blog post will be up next – I have so many awesome photos to share!) where we spent the rest of our spring break. I want to thank Andrew and his family for hosting Mark and I; you guys rock! 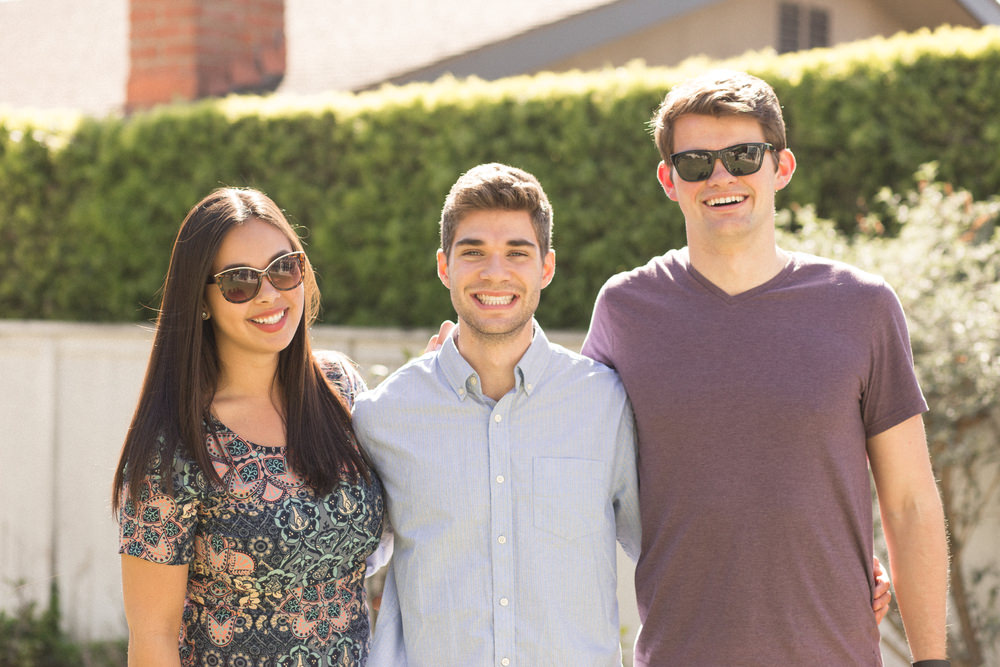 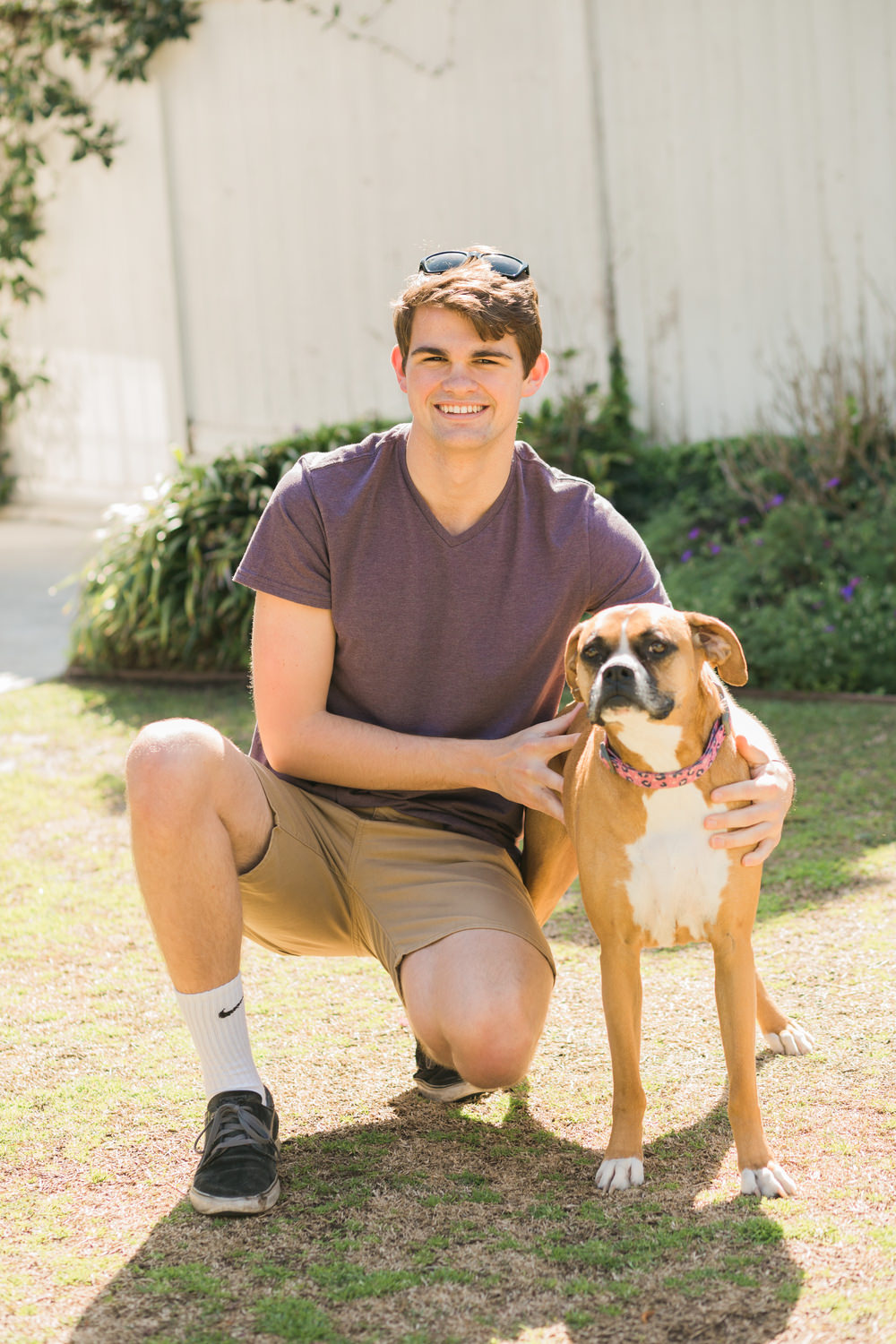 part viii: the party If you didn’t think you co

part v: the ceremony We got married on the long

part iv: after our first look, we wandered around

Based in Fort Worth, Texas 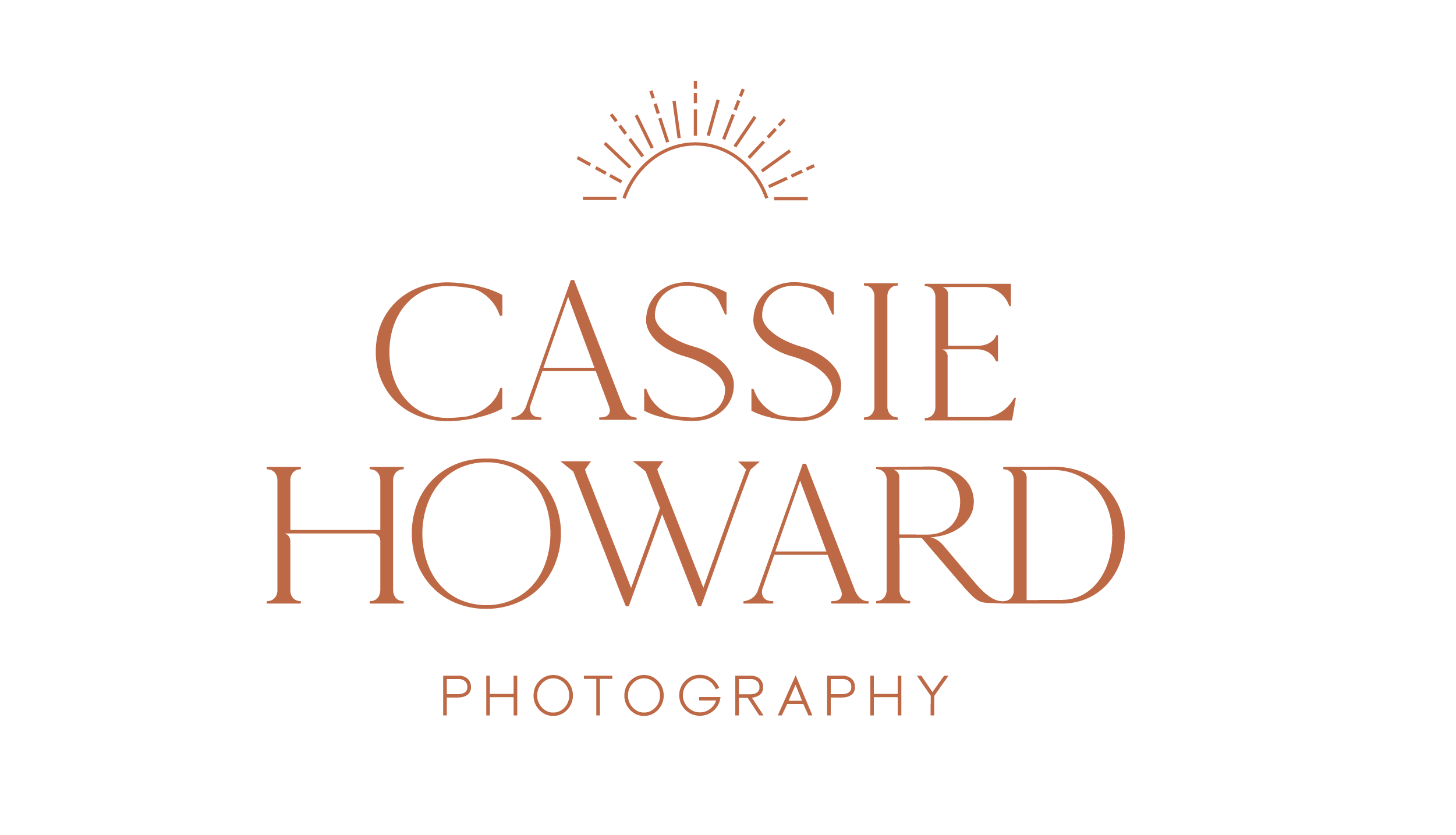